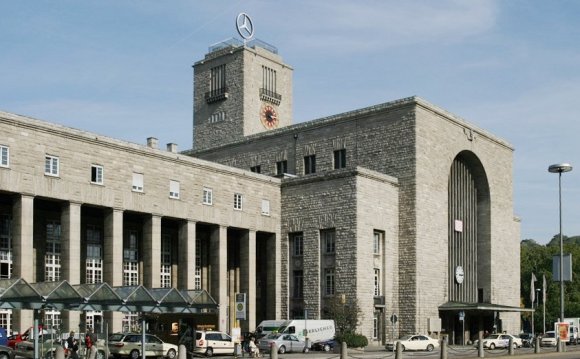 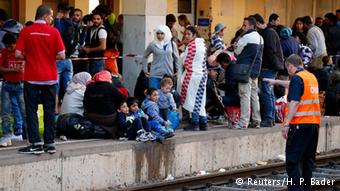 Thousands of refugees hoping to continue their travels to Germany and beyond – some wanted to get to The Netherlands, others Sweden – were stranded in Austria, along the Hungarian border with Nickelsdorf and the German boundary.

Helmut Marban, police spokesman in Nickelsdorf, said about 11, 000 refugees had arrived in Austria as of 21:00. They were expecting up to 5, 000 more during the night. 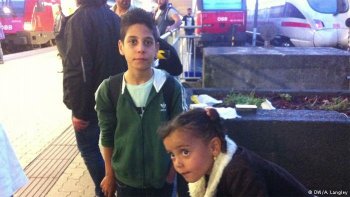 Although trains were not running from Budapest to Austria nor from Austria to Germany, refugees were still arriving on foot from the Hegyeshalom border, as were volunteers who spent their weekends driving refugees; thousands mulled around, unsure what to do.

Providing a place to sleep

Charity groups struggled to open places for them to sleep. Klaus Schwertner, director of Caritas, said his group could house 3900 people in Vienna for the night, but he would not discount that more would come. Nickelsdorf already was full and more people were expected to keep coming. Caritas was preparing to bus some of the overflow to Vienna, he said. 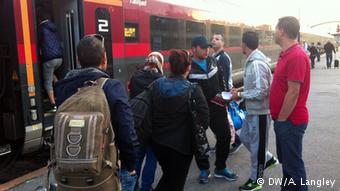 Charity groups placed urgent messages on Facebook pages, calling for volunteers, blankets and water. But not all the refugees in the Vienna station wanted to spend the night in Austria.

Amir, 15, and his sister were hoping to travel through Germany to get to The Netherlands.

Most refugees were late getting the information in part because rail officials were also initially not informed. There was also confusion because most of the refugees had difficulty with language, did not understand why they couldn't board trains.

A group of four Iraqis – three men and one woman – had purchased tickets to Dusseldorf a few minutes before 1700 and was told, incorrectly, that they could travel. They posed in front of the train for a selfie photo before boarding it.

A second group of perhaps six or seven Syrian men raced to grab a train leaving for Salzburg at 18:30. When a conductor told them they probably wouldn't be allowed to continue on, they climbed aboard anyway. One of the refugees said they would walk across the border if they had to.