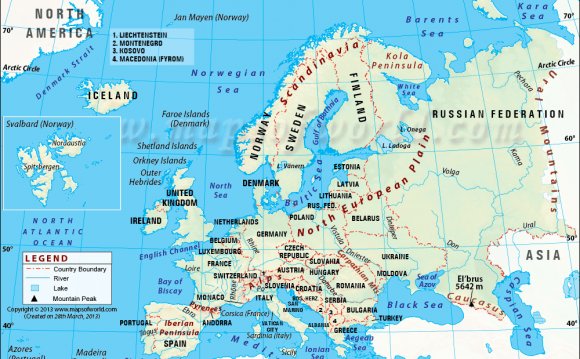 About Map : The Federal Republic of Germany spans over 137, 847 square miles of an area and is a home to almost 80, 996, 685 people. This Map of Germany points out the best attractions of this beautiful country - such as Frankfurt, where the world's largest book fair is held, Munich where Oktoberfest is a prime attraction, the Neuschwanstein Castle, the Cologne Cathedral, and the Dresden Frauenkirche. Germany is one of the most urbanized countries of the world. Among the important cities on the map Bonn, Frankfurt, Nurnberg, Stuttgart, Hanover, Hamburg, Bremen, and Dusseldorf stand out. The map also clearly marks out the rivers that crisscross Germany - Rhine, Ems, Wesser, Danube, Elbe, Inn, and Lech among others. This map also gives you an overview of the major road network and the important airports of the country.

History
The Germanic people go all the way back to the Nordic Bronze Age or the Pre-Roman Iron Age, located in the far north of modern-day Germany and Scandinavia. In 843, Germany emerged as a separate entity from the Frankish empire. German Territories became the central part of the Holy Roman Empire in 962, and King Otto I of Germany became Roman emperor.
In 1250, Emperor Frederick II Hohenstaufen died and the empire began to collapse, turning into independent territories rather than one central government. Later in 1438, the Habsburg dynasty was formed. The Thirty-Year's War, a war opposing Protestant princes, began in 1618 and lasted until 1648.

In 1806, the Holy Roman Empire was abolished by Francis II, who then became emperor of Austria. Germany was reunified with the leadership of Otto von Bismarck in 1871. The government had an elected national parliament, the Reichstag, and a Kaiser, or emperor, who was very powerful. In 1888, when William II became emperor, Germany began its colonial expansion and military strengthening.
From 1914 to 1918, Germany played a major role in World War I, signing an armistice after their defeat in 1918, and Emperor William II was exiled. The Treaty of Versailles in 1919 forced Germany to give back its colonies and pay reparations from the war. The same year, the Weimar Republic was formed with a new constitution, and during its first years, the country struggled economically.

In 1923, Germany saw the rise of Adolf Hitler, who headed the National Socialist German Workers Party. After years of unemployment and depression in Germany in the late 1920s and early 1930s, Hitler became chancellor in 1933, soon proclaiming the Third Reich in 1934. During this time, the persecution of Jews began, sometimes depriving them of citizenship. From 1939 to 1945, Germany played a central role in World War II. The genocide of millions of people (especially targeted groups like Jews, Gypsies, Slavs, homosexuals, and the disabled) occurred from 1942 to 1945, now known as the Holocaust. Germany was defeated in 1945, and the Allied Nations then divided and occupied the country. The US, French, and British divided West Germany among themselves into thirds, along with West Berlin. The western half of Germany became the Federal Republic of Germany, while the Soviets controlled the east, which they turned into the communist German Democratic Republic. The Berlin Wall was constructed in 1961, physically dividing the two halves of the city.

The Berlin Wall was finally torn down in 1989, and Germany began to reunify for the second time in 1990, with Berlin as the capital. The Allied and Russian forces remained in Germany until 1994.

In 2002, Germany adopted the Euro as their currency, replacing the Deutsche Mark (DM). Like much of the rest of the world, Germany faced an economic recession from around 2008 to 2010.

Future of Europe in countryballs Part 11-All hail to Germany