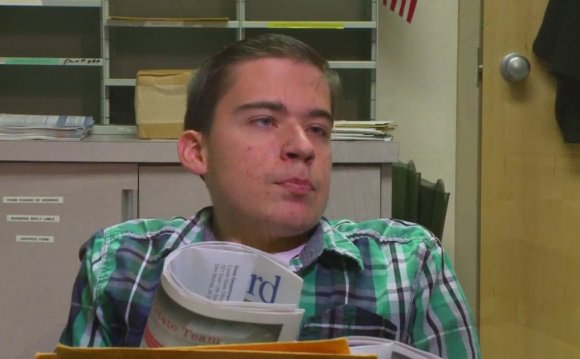 While they don’t expect to be called out to every search and rescue mission in the state, the Star 1 Search and Rescue team is ready.

Throughout the year, volunteers on the team participate in trainings and drills in state parks across the state as a way to train and become certified to help an official search and rescue missions should the opportunity arise.

The organization originally formed 21 years ago after one mission was unorganized.

“They realized there’s got to be a better way to manage and run, and actually do searches, ” said Ken Frame, former president of the group.

The group holds monthly trainings and meetings throughout the year at various locations across the state. On Saturday, the team met at McFarland Park to perform their annual ice rescue training. Frame said the group uses certified equipment from the National Association for Search and Rescue, and volunteers also provide some of their own gear.

“Most of what we do is around search work today, so we try to practice different search scenarios and get everyone familiar with the different parts of search and rescue, ” Frame said.

Rick Dietz, current president of the group, said searches can include different scenarios based on the missing person’s age and background, so volunteers are trained to become familiar with those differences. For instance if the person was hiking or hunting, they may be in different areas than a missing child.

“There’s a lot of data on missing cases where depending on age and activity they were doing, there’s different scenarios or predictions. You can kind of predict what these sorts of people might do, ” he said.

Frame said the group does not always get called out to every mission, but members have participated in recent missions like the Dayton and Evansdale child abduction searches.

During Saturday’s training, the team also celebrated their 21-year anniversary, which included an award ceremony for recognized volunteers and special awards given to the three founding members. Frame, who officially ended his term as president of the group at the event, said the last 21 years of service has been a way for the volunteers to provide a service Iowa was missing.

“We’ve got 21 years of search experience. We know what needs to be done to train people, get them certified, so there’s a level of understanding how searches work and what needs to take place, ” he said. “Right now, there’s no other agency in the state that trains in what we train in.”

Five injured as local train crashes into dead end at ...