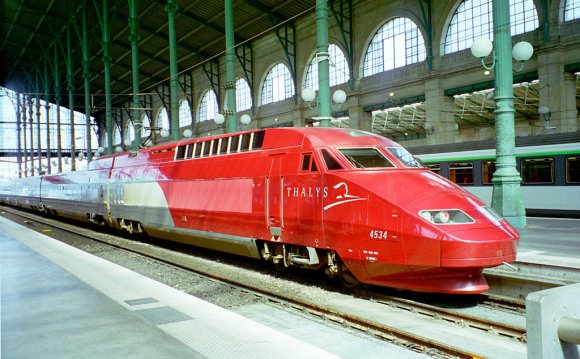 Taking the Train from London

Trains from London to Frankfurt depart from the Eurostar terminal at London St Pancras International Station, located on the Northern underground line. This busy station has good networks with the rest of the capital city and destinations around London. There is a taxi rank located in Midland Road, near the Eurostar terminal and car rental offices are available at the station. London has an efficient transport network of buses and both underground and overground trains, including many night bus routes.

Getting into Frankfurt by Trai

Frankfurt is a large and cosmopolitan city with a futuristic skyline of modern skyscrapers in addition to historical buildings. Frankfurt has dozens of museums, with exhibition themes ranging from art to archaeology, money to icons. Trains from London to Frankfurt arrive into Frankfurt Hauptbahnhof, one of the busiest and most attractive train stations in Europe. S-Bahn suburban trains link the station to the rest of Frankfurt, the airport and neighbouring towns. Frankfurt has an extensive public transport system of U-Bahn underground trains, trams and buses. The city has several night bus routes and both taxi ranks and car rental offices are located at the train station.