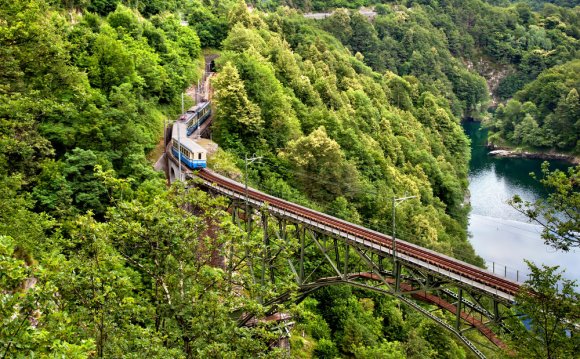 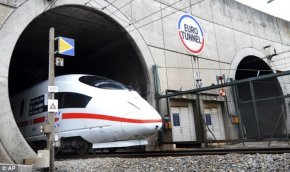 Experts predict the extra trains and competition from the nation most renowned for making its railways run on time will result in cheaper fares and a better deal for passengers.

It will add four million passengers to the 10 million who already use the rail-link ‘Chunnel’.

The decision follows three years of negotiation and a trial run of a 200mph German bullet train in October 2010.

It will lead to direct services between Germany and Holland and London with connections across the country.

The aim is to run regular services between London's St Pancras station and Frankfurt in Germany, as well as Amsterdam in Holland. 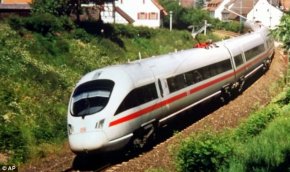 Experts say the competition could also mean lower fares with a one way trip to Germany costing as little as £39 to £49.

The decision was welcomed by Transport Secretary Patrick McLoughlin who is in favour of the move.

The Intercity Express Train, one of Germany's most modern superfast trains, which will be continuing to expand across the continent

Announcing the new deal, Eurotunnel said: ‘After three years of detailed study, the Intergovernmental Commission has granted Deutsche Bahn an operating certificate to run passenger services through the Channel Tunnel.’ 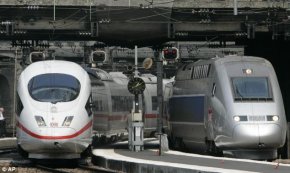 It said: ’We believe that this long awaited decision will considerably enhance exchanges between the United Kingdom and northern Europe (Germany, Holland) and will over time add between 3 and 4 million new passengers per year to the 10 million already using the existing high speed passenger services.’

A Eurotunnel spokesman said: ‘This new chapter requires no additional investment as adjustments to the timetable and modifications to the paths through the Tunnel will suffice to accommodate the new traffic.’

He said: ‘This increase in the choice of services offered by railway operators is a measure of the improvement in the transport sector as it brings major benefits to passengers.

Jacques Gounon, chairman and chief executive officer of Groupe Eurotunnel SA said: ‘Twenty years after the start of commercial services, the authorities have finally opened the Channel Tunnel to all.

‘This is wonderful news for the millions of passengers in northern Europe who can now use this most environmentally friendly means of transport to travel to London’.