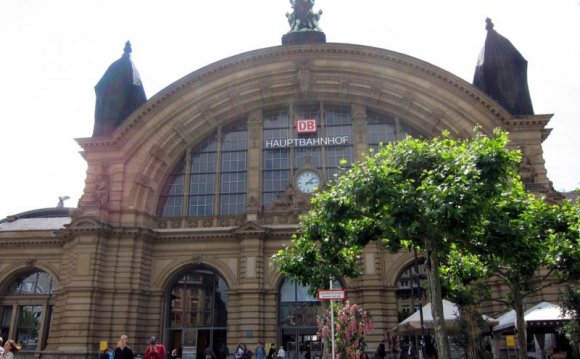 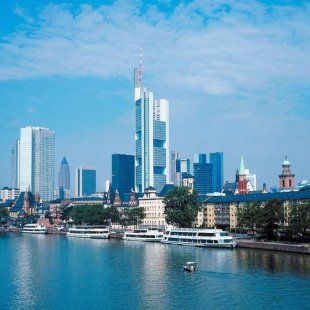 Getting to Frankfurt, Germany from almost anywhere isn't very difficult, as Frankfurt Airport is the third largest in Europe and a massive amount of airlines around the world fly there. As home to the world's largest stock exchanges and a major trade fair destination, Frankfurt is as world-class as it gets. The city is packed with culture, from the historic Romerburg town square to its impressive Museum Mile. Take advantage of the Frankfurt Airport's convenient train station to get you to Frankfurt's central station in just a few minutes, where you can transfer to other local trains or public transportation options.

Purchase a ticket at a ticket kiosk for an S-Bahn train going to Frankfurt Hauptbahnhof, the central train station in Frankfurt. You will not have to swipe or show your ticket, as Frankfurt's rail service is on an honor system. However, if a train official asks you for your ticket and you cannot produce one, you will be fined on the spot.

Get on the train going to Frankfurt Hauptbahnhof when it arrives. Trains come about every 15 to 20 minutes and will usually be labeled S-8 or S-9. The S-Bahn trains going in the right direction will have signs that indicate they are headed to either Hanau Hauptbahnof or Offenbach Ost.

Get off the train at Frankfurt Hauptbahnof. From this central station, you can hop on another train to other parts of the city, take a long-distance high-speed train to another city or even out of the country, or grab a taxi to your final destination within Frankfurt.