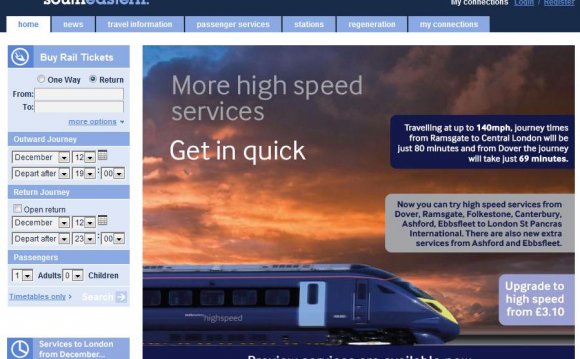 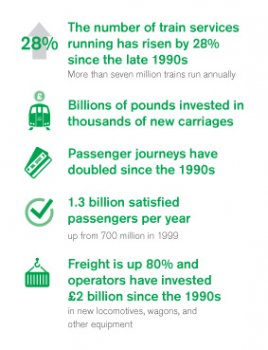 Britain is now leading the way on rail in Europe. Our railway’s revival has seen passenger numbers more than double in the last two decades to a record 1.6 billion a year, along with more than 100 million tonnes of freight carried annually. Around four out of five passengers are satisfied with their most recent journey. Network Rail’s efficiency drive has cut the cost of running the network by almost 40 per cent while continuing to make the railway safer. We have the highest passenger satisfaction and the safest railway for passengers of any major network in the European Union. Passenger rail has been growing faster in Britain than in Germany, France or the Netherlands, and we have a dynamic freight sector.

At the heart of this success lies a diverse range of commercial passenger and freight operators running services on a single national network, working in partnership with Government and industry suppliers.

Operators have used commercial acumen and innovation to increase the market for rail. The resulting growth in revenue has played a crucial role in enabling successive Governments to invest record sums through Network Rail in maintaining and improving the railway.

Other European countries have invested heavily in their railways but do not have such a vibrant rail market, helping to explain faster passenger growth in Britain.

Eurail Pass from Rail Europe: Is it a Good Deal?