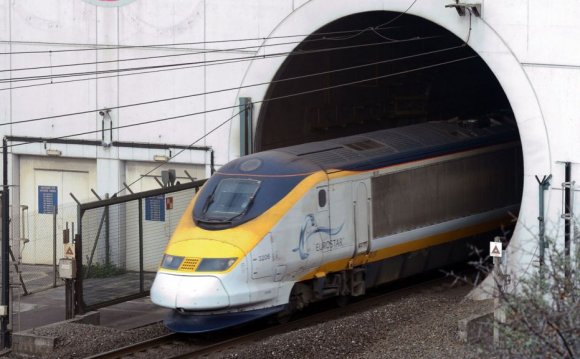 London to Frankfurt am Main by train (Eurostar & ICE)

Additional options from London to Frankfurt via Brussels are available with a further change of train in Cologne. There is also a useful routing via Paris. Both these alternatives are normally more expensive and slower than the journey described below.

Brussels to Frankfurt am Main

The direct ICE trains from Brussels to Frankfurt am Main take about three hours for the journey. These trains stop five to eight times along the way. In Brussels these services depart from Brussels Midi and then also stop at Brussels Nord. In Frankfurt trains stop first at the airport station, then continue to the city centre station (Hauptbahnhof) where they terminate.

The route east from Brussels initially traverses the flat lands of Brabant to reach Liège-Guillemins station. East from Liège, the train cuts in tunnels through hilly country to reach the German border just before Aachen. Beyond Aachen, the train speeds east to the Rhineland city of Cologne, arriving at the city’s main station (the Hauptbahnhof). From Cologne, the train continues along a new high-speed line to Frankfurt.

Munich to London and Bedford by Train