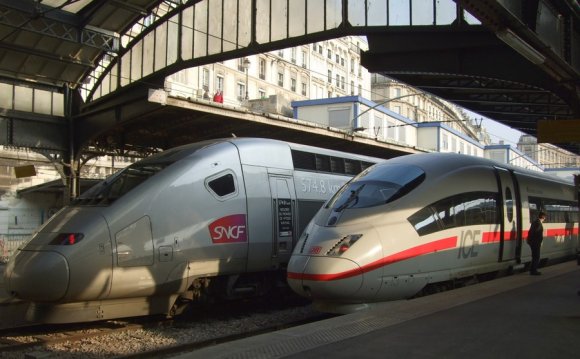 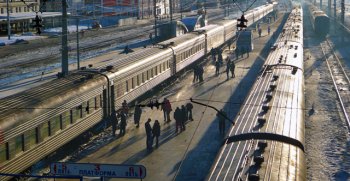 Zay Harding travels in winter to the far north of Siberia, deep inside the Arctic Circle, on the world’s most northerly railway lines. Having to contend with average temperatures around minus 20 degrees Centigrade, and frequent heavy snowfall, Siberia’s Ice Trains are the toughest of tough trains.

Starting his journey in the historic former capital of Siberia, Tobolsk, Zay travels around 1000 miles north of the well-known Trans-Siberian Railway to Russia’s largest natural gas field at Novy Urengoy, on the edge of the Arctic Circle. 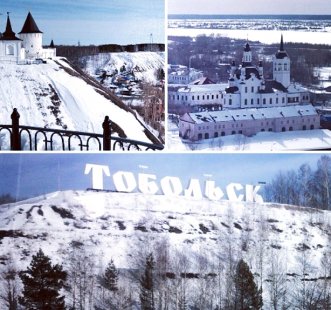 Russia has the world’s biggest reserves of gas, and the railway is vitally important to the nation’s economy as a means of exporting highly valuable condensed gas from the region. Zay travels on the snowplough trains that have to work 24 hours a day up here to keep the train lines open.

From Novy Urengoy, Zay travels across the gasfield on the freight-only track as far as Nadym, where the train line now ends. Damagingly to the Russian economy, there’s a 250 mile gap across Arctic wilderness between here and the city of Labytnangi, where the Russian rail network begins again. Zay sees a new cross-Arctic railway line under construction, which will soon bridge the gap. Remarkably, it will follow the route of an abandoned train line – the so-called ‘Railway of Death’ – built before the discovery of gas, during Soviet times, by prisoners of Stalin’s forced labour camps, the infamous gulag. 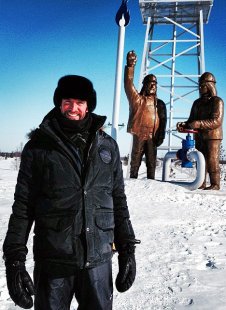 Across this Arctic wilderness – which apart from having no train line, also has no permanent road or settlement either – Zay follows the route of the soon-to-be-built new railway along Stalin’s abandoned train line, travelling with a local historian by 4-wheel-drive on an ice road that’s open only in the winter.

Along the way, they visit a sombre reminder of what took place here back in the days of the Communist gulag – one of the 150 or so Stalin-era labour camps which, overall, at the height of railway construction in the early 1950s, housed an estimated 80, 000 prisoners, many of whom were political dissidents.

Although there are no towns, villages or any permanent settlements in this remote region, it isn’t completely uninhabited – it’s a stronghold of the Nenets, one of Europe’s last nomadic tribes, who migrate across the wilderness with vast herds of reindeer. Zay stays in a Nenet camp overnight, and is welcomed in the traditional way, with a meal of freshly sacrificed reindeer, eaten raw – the meat is washed down by drinking the reindeer’s warm blood.

Finally, Zay crosses the wilderness to reach Labytnangi and the nearby town of Obskaya, from where he ends his trip by catching the world’s northernmost train line, which runs hundreds of miles above the Arctic Circle to the huge newly-opened Bovanenkovo gasfield. A private line run by Gazprom, the world’s biggest gas company, this train line has to keep running 365 days a year across the harsh treeless Arctic wastes, through heavy snowfall and temperatures as low as minus 50 degrees Centigrade, to keep the gas field operational. It’s definitely one of the world’s toughest train lines, perhaps the toughest of all. At the end of the line, Zay celebrates reaching the furthest north it’s possible to travel by train anywhere in the world.