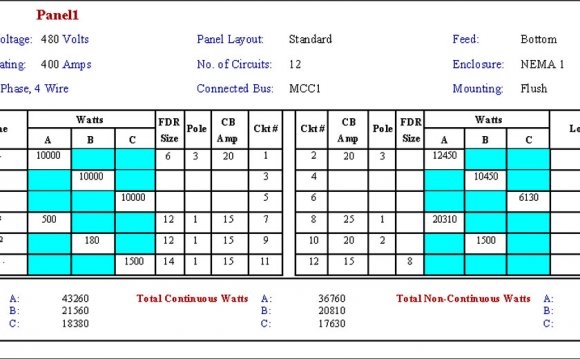 In the fields of databases and transaction processing (transaction management), a schedule (or history) of a system is an abstract model to describe execution of transactions running in the system. Often it is a list of operations (actions) ordered by time, performed by a set of transactions that are executed together in the system. If order in time between certain operations is not determined by the system, then a is used. Examples of such operations are requesting a read operation, reading, writing, aborting, committing, requesting lock, locking, etc. Not all transaction operation types should be included in a schedule, and typically only selected operation types (e.g., data access operations) are included, as needed to reason about and describe certain phenomena. Schedules and schedule properties are fundamental concepts in database concurrency control theory.

The following is an example of a schedule: 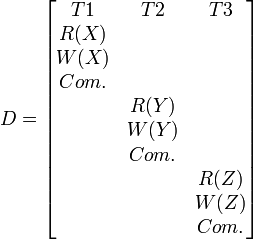 Representing the schedule D above by a table (rather than a list) is just for the convenience of identifying each transaction's operations in a glance. This notation is used throughout the article below. A more common way in the technical literature for representing such schedule is by a list:

Usually, for the purpose of reasoning about concurrency control in databases, an operation is modeled as, occurring at a point in time, without duration. When this is not satisfactory start and end time-points and possibly other point events are specified (rarely). Real executed operations always have some duration and specified respective times of occurrence of events within them (e.g., "exact" times of beginning and completion), but for concurrency control reasoning usually only the precedence in time of the whole operations (without looking into the quite complex details of each operation) matters, i.e., which operation is before, or after another operation. Furthermore, in many cases the before/after relationships between two specific operations do not matter and should not be specified, while being specified for other pairs of operations.