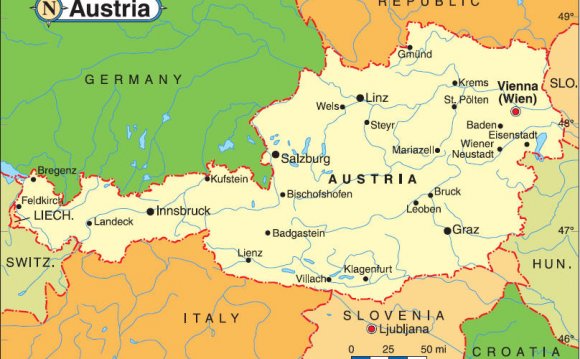 Italy was certainly influenced by many powerful cultures and political forces over time, including the Byzantines, Etruscans and Greeks, but it was the world-changing impact of both the Roman civilization and the Italian Renaissance that contributed most-significantly to its status in the modern world.

The Roman Republic originated in 510 BC and many powerful Emperors would rule its territories. It was during the life of Julius Caesar (100 BC-44 BC) that the Roman Empire began its total domination of the Mediterranean area and parts of central Europe. Its powerful legions swept across the lands and seas and no one could match the strength of its armies.

The pages of history are replete with seemingly invincible cultures that eventually faded away, and the Roman Empire was no different. It began to crumble around 300 AD, but Rome's influence on architecture, art, government, language, law and religion is a continuing legacy clearly felt and seen in modern Italy, and for that matter, around the western world.

The Italian Renaissance began in Florence in the 13th century and continued on into the 15th century. Funded mostly by the Medicis, a family of bankers, the by-products of that cultural movement created new techniques in architectural design, art, poetry and printing, and the Italian Renaissance is widely referred to in history as the beginning of the Modern Age.

From the mid-15th century to the beginning of the 19th century, the Spanish and French fought for control of Italy. After the total defeat of Napoleon in 1815, Italian patriots emerged from the shadows, and following many decades of struggle and war, Italy was finally unified. It became a nation-state in 1861 when the regional states of the peninsula, along with Sardinia and Sicily, were united under King Victor Emmanuel II.

World War I (1870-1915) industrialized Italy (especially in the north), but in the central and southern regions, overpopulation and high unemployment forced millions of native Italians to migrate to foreign lands.

An era of parliamentary government came to a close in the early 1920s when Benito Mussolini established a Fascist dictatorship. His disastrous alliance with Nazi Germany led to Italy's defeat in World War II.

A democratic republic replaced the monarchy in 1946 and economic revival followed. Italy was a charter member of NATO, the European Economic Community (EEC) and stood at the forefront in development of the European Union (EU).

Like many other European countries modern Italy does have its problems with illegal immigration, crime and economic growth, but that aside, perhaps no country on this planet has given the world more cultural icons, including fine automobiles, architectural styles, fashions, operas, paintings, sculptures, tenors, and we certainly can't forget food and world-championship soccer teams.

Italy has so much to see and do, from skiing in the Alps, the Lake District of the north, the historic and stylish cities of Florence, Milan, Naples, Siena, Turin and Venice, coastal cities and quaint little villages, and of course Rome, and the Holy See (Vatican).

The boot-shape peninsula of Italy, extending into the central Mediterranean Sea is a rugged, mountainous country of simply stunning scenery that also includes the popular island destinations of Sardinia and Elba to the west, and Capri, Ischia and Sicily off the southern coast.

Italy, whose name comes from the word in the Oscan language Víteliú (land of young cattle), gained its independence in 1720 and has a population of 61, 261, 254. It is renowned for its olive oil, pasta, pizza, wine, and of course sunshine, and year-round great weather. Simply stated, Italy is "la dolce vita" (the sweet life), and many people that travel to this incredible country never want to leave.