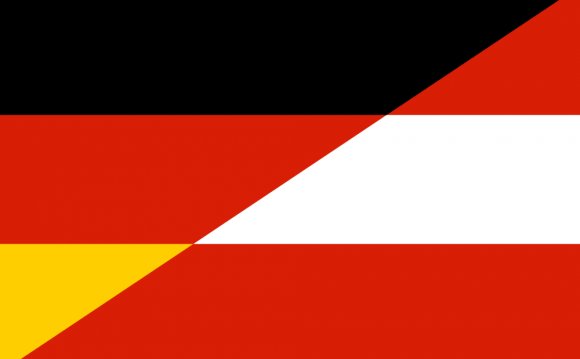 Throughout the Middle and Early-modern Ages, the Holy Roman Empire (HRE) encompassed all of the present territories of Germany, Austria, Bohemia (Czech Republic), northern Italy and the western part of modern-day Poland. The House of Habsburg became the ruling family of the Empire in 1440; the family would remain so until the dissolution of the Austrian Empire in 1919.

Austria has been the Habsburg's seat of power and the dominant state within the realm. The numerous Germanic states (within the HRE) constantly jostled for power and influence; they often warred against each other. In the 18th century, the Kingdom of Prussia rose as another influential power within the HRE; therefore, Prussia became Austria's main rival for dominance over their neighbouring German states. Prussia and Austria fought a series of wars over the province of Silesia (in modern-day southwestern Poland) between 1740 and 1763.

The Holy Roman Empire came to an end during the Napoleonic Wars in the 1790s and 1800s, Austria and Prussia allied with each other but fought unsuccessfully against the French Empire. In 1804, Francis II, the Holy Roman Emperor, proclaimed the Austrian Empire, as the remaining German States had become clients of Napoleon's French Empire under the Confederation of the Rhine.

Austria proposed to unite the German states in a union centered on, and dominated by, the Habsburgs; Prussia, however, hoped to become the central forces in unifying the German states and to exclude Austria out of its affairs. In 1834, Prussia succeeded in creating a German Customs Union with northern German states with the hope of political union as its next step. The tension eventually gave rise to the 1866 Austro-Prussian War (Fraternal War of the Germans). Otto von Bismarck, chancellor of Prussia, sided with Italy to surround Austria and bring about the latter's defeat. The Austrian Empire was dissolved into the Dual Monarchy of Austria-Hungary, with the loss of their influence over southern German states (Baden-Württemberg and Bavaria).

Hitler, born in Austria, annexed the country into Germany with the in 1938.

After losing the war, the Habsburgs of Austria-Hungary were overthrown and Kaiser Wilhelm II of Germany abdicated in 1918. Both Germany and Austria became republics and were heavily punished in the Treaty of Versailles (1919) and Treaty of St. Germain-en-Laye (1919). Austria lost over 60% of its pre-war territory (mostly settled by non-ethnic Germans) and was hugely reduced to a rump state, the The Republic of German-Austria. The vast majority in both countries wanted unification with Germany (now the Weimar Republic) into a Greater German nation, but this was strictly forbidden by the Treaty of Versailles to avoid a dominant German state.

On 1 September 1920, the Weimar Republic and German-Austria concluded an economic agreement. Both countries, however, faced severe economic hardships, hyperinflation, mass unemployment and constant riots after the war. After Austrian-born Adolf Hitler came to power in Germany in 1933, he demanded the right to (union) between Austria and Germany. This was initially blocked by the Italian Fascist government under Benito Mussolini, who cooperated with his Austrian counterparts Engelbert Dollfuss and Kurt Schuschnigg, fearing retrospective territorial demands from Hilter on Südtirol (South Tyrol) (lost to Italy in 1919). Mussolini successfully forced Hitler to renounce all claims to Austria on 11 July 1936.

After 1936, Hitler and Mussolini forged a closer relationship in preparation for Germany's expansionist ambitions. Hitler used the Nazi Party of Austria to influence public opinions and staged a coup against the Austrian Fascist government in 1938. When Hitler decided to refrain from reclaiming South Tyrol, Mussolini abandoned his pledge to protect Austria's independence. Subsequently, the of the Third German Reich and Germany-Austria occurred in 1938, reuniting both countries since the 1870s. Austria became Ostmark (Eastern Region) under Hitler's regime.

Germany and Austria call for EU summit on refugee crisis

Allied Occupation of Germany and Austria